Vote for the 2020 Alumni Board Nominees

The Alumni Board of Directors meets twice a year, seeking to represent the nearly 45,000 living alumni of Moody Bible Institute and Moody Theological Seminary. Read about the returning alumni board nominees, then cast your vote online at moody.edu/alumni. Jim Shoberg ’87, ’89 got an International Ministries degree at Moody and then served with Avant Ministries for 29 years. He and his wife, Debbie, spent nearly 15 years teaching theology by extension in Ecuador, serving a church association in the Amazon basin. Later Jim and his family spent 11 years church planting near Paris, France. In 2016 Jim became the assistant to the vice president of field ministries over Europe and the Americas. Now ministry director in Western Europe, he oversees Avant church planters in seven countries. Jim and Debbie work from Wheaton, Illinois, and have four children, including Julia, a senior at Moody. Sara Nimori ’19 was raised in San Diego, California, where she owned a small business and was involved in competitive speech and debate. While pursuing fashion merchandising, Sara was convicted to use her teaching and speaking abilities in ministry. She transferred to Moody in 2015. Sara mentored students through GRIP Outreach for Youth and taught debate at a high school with the Moody Debate Society. Sara later served as student body president, and graduated with a BA in Communications. She now works in wealth management and serves actively at Legacy West Ridge, a house church in Chicago. Steve Dutton ’87 is starting his second term on the Alumni Board. Steve graduated from Moody with a degree in Pastoral Studies and earned his MDiv from Trinity Evangelical Divinity School. He served as a pastor in the Chicago area for four years before moving to Athens, Greece. There he pastored an English-speaking international church for 16 years. When he became the international director for Hellenic Ministries, Steve moved with his wife, Karen (Pontier ’87), and their family back to the States. Steve and Karen have three children: Kayla ’16, Joshua, and Hannah. 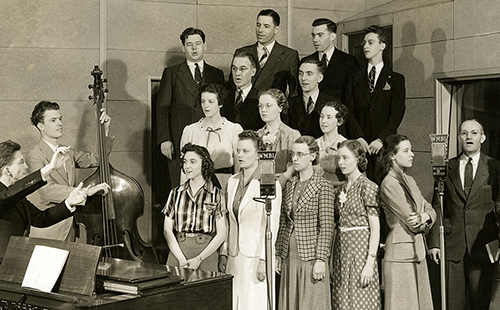 ‘Great Is Thy Faithfulness’

Discover the story behind a Moody favorite... Read More